Can an ex-partner claim your inheritance following divorce or civil-partnership dissolution?

Written on September 30, 2021. Posted in Family Law, Wills and Probate.

What happens to inheritance following a divorce is a common question clients ask, which is a complicated question to answer due to the complexity of this area, where mortality crosses with different areas of the law.

This article provides a brief overview of how inheritance is commonly dealt with upon divorce or civil-partnership dissolution however, as every case is different, independent legal advice should always be obtained to ascertain your position relating to your unique situation.

Why is inheritance involved in divorce or civil-partnership dissolution cases?

When you apply for a divorce or dissolve a civil partnership, finances should be dealt with by applying for a ‘financial remedy order’ before going on to the final stage of divorce or dissolution. This is to ensure marital assets are divided up fairly and avoid risking claims being made against either party’s finances in future.

An example of how the courts sometimes divide marital assets is: if one party worked part-time to care for children during the marriage or civil-partnership, allowing the other to pursue their career, gain higher incomes and better pensions – then it may well be that the lower earner is awarded by the courts a greater share of the marital pot to meet their needs, e.g. receive a larger share of or have the marital property transferred to them if they couldn’t afford to house by other means and have children to care for.

If all aspects of finances aren’t legally agreed before Decree Absolute any future income, pensions or inheritances could be open to claims being made against them by an ex-spouse. So, it’s important to reach an agreement on such issues as soon as possible.

What happens if you’ve already received an inheritance?

Any inheritance received during a marriage will be open to claim during the financial settlement stage of divorce or dissolution.

In many cases, an equal division of assets is often the route courts decide to proceed with. However, if there are not substantial amounts of money involved, assets may be divided by need. This can become much more complex if a party has already received an inheritance and will need to consider factors such as:

• What the inheritance was, as a family heirloom would more likely stay with the family intended.

• What happened to the inheritance i.e. was it kept separate from marital finances or was it intermingled in family finances e.g. did it pay off part of the mortgage on the family home, used for general living expenses or joint holidays. (The extent to which inheritance is kept separate or intermingled within family finances is relevant when obtaining a financial order – the more intermingled, the more likely it is that it will be treated as part of the overall joint family pot and divided so).

• If there was a pre-nuptial or post-nuptial agreement between the parties as to how inheritance money should be treated.

Why is future inheritance relevant during divorce or civil-partnership dissolution?

If you haven’t inherited yet and there is no certainty you will do so in the fairly imminent future, then future inheritance is unlikely to have any real bearing on how assets are divided in a financial order.

However, if you are expected to receive an inheritance in the near future, this may be considered by the court. For example, if assets are to be divided by the court based on your respective needs to re-house but you’re due to inherit a large sum providing enough to re-house; the share from the marital pot may be weighted less in your favour because of the imminent inheritance, to achieve overall fairness.

Although in these circumstances where expected inheritance impacts the amount you receive from a marital pot in a court order, your ex-partner would not usually have a claim against the inheritance itself.

Can you protect an inheritance from a divorce or civil-partnership dissolution?

Many people only consider what will happen to inheritance after deciding to separate from their spouse. However, the rise of couples entering into pre-nuptial and post-nuptial agreements is often fueled by the choice to protect a family inheritance so far as possible in the potential event the relationship breaks down in the future.

It may be that those intending to gift to you by Will may wish to take their own advice as to how estate planning measures may provide them with some security that their gift would not end up in the hands of your partner or spouse.

Although this overview is a simplification of how inheritance is dealt with following divorce/dissolution, it does share a couple of examples of the discretion the family court has when making decisions on finances and highlights how specialist advice should always be taken. 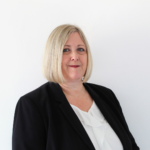