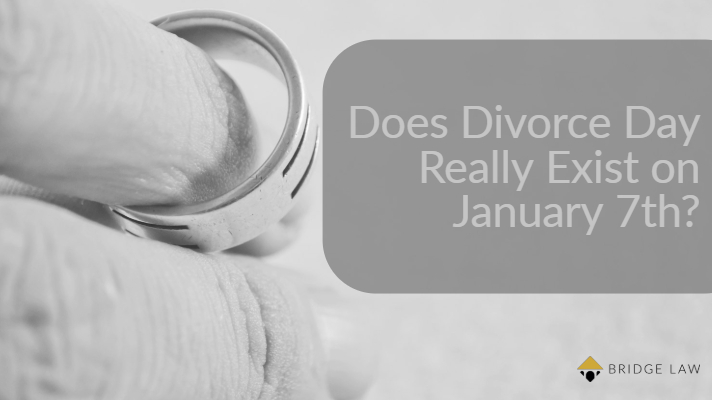 Most family lawyers will tell you that there are increases in enquiries in January but that does not mean that the first working Monday is a day when there will be an abundance of new divorce proceedings issued.  This is often media hype and may not be the reality.

The reality is that most people put off dealing with major decisions or paperwork over the holiday period.  So far as relationship decisions are concerned, particularly where children are involved, even if there are major difficulties, any action is often put off until after Christmas.  There is of course the New Year, new start philosophy where many people re-evaluate their lives and how they feel they could change their life for the better.

It is fair to say that holiday periods, where couples spend more time together than usual do often add stress to relationships where there are already cracks and Christmas probably more than most due to the added financial worries and pressure to spend time with family members that may not be welcomed.

Consulting a family solicitor for advice does not mean that divorce is inevitable. Usually, family lawyers will question a client as to their decision and whether they are certain that there is no way of working through the difficulties such as seeking assistance from an organisation such as Relate. Even if it appears the relationship has broken down there are other options, which may be considered, such as a trial separation or separation rather than divorce at that point in time.  What is important is that any decision, as life changing for a family as divorce or separation, is made on an informed basis.  There are many matters to be considered, not only whether to divorce and alternative options available but also how will issues such as finances and children be addressed.

We are here to help advise on the options and the best way forward to allow the whole family to move on with their lives, whatever the decision.