Next month, on 6th April 2022 the much-anticipated changes to modernise divorce laws are coming into effect. The legislative reforms under ‘The Divorce, Dissolution and Separation Act 2020’ aim to reduce conflict amongst couples ending their marriage or civil partnership. This blog shares what to expect from the changes.

To implement the reforms effectively, the Government will be launching a new online and paper service to submit divorce or civil partnership dissolution applications. The current service will close on the 31st March 2022. Therefore, any applications saved on the existing portal or old-style paper applications must be received at the court by 4pm on the 31st or they will need to be started afresh under the new procedure.

There will be a period between the 31st March and the 6th April when the new service launches where applications won’t be able to be submitted.

Why is the law changing

These changes to the law have been long-awaited after calls by family law professionals for many years. The major reason for the changes is to remove the need for the applying party to raise grounds for divorce based on the ‘Five Facts’ which are currently adultery, unreasonable behaviour, two years separation with consent, five years separation without consent or desertion. This will instead be replaced with the applicant providing a statement of irretrievable breakdown and couples will be allowed to end their marriage jointly.

The Five Facts have caused problems for many separating couples over the years, some ended their relationship relatively amicably but issues then arose, since to be able to divorce inside two years one had to blame the other by way of adultery or unreasonable behaviour allegations being made as grounds for divorce. We have seen this create unnecessary acrimony and go on to damage what could have been an amicable separation and co-parenting relationship. This, sadly, has impacted many children negatively and of course, cause additional upset and stress at an already difficult time.

The reforms remove the contentious blame game. It will also remove the possibility of one party contesting the divorce trapping the other in a marriage they no longer wish to be in for up to five years. A divorce may only be contested under the reformed law on very limited grounds such as jurisdiction, for example, where one or both of the parties are living abroad and there is an argument that the divorce should not be conducted in the English courts.

Other changes the reformed legislation is introducing

If you’re currently in the process of a divorce application, which you’ve saved to the online application portal and still wish to go ahead you will need to submit your application before 4pm on 31st March 2022. If you do not submit before this date, your progress on the application that is saved will be lost and you will have to wait until the 6th April 2022 to begin a new application.

If you’ve begun your application on the current paper form, you will have to make sure your application is with the court before 4pm on the 31st March 2022 – so if you opt to post the application rather than deliver it yourself, you need to ensure it is posted in time to be received by the deadline – we would recommend obtaining proof of postage and potentially sending recorded delivery in case of any issues.

For divorce proceedings that are currently ongoing, but applications have already been submitted via the existing legislation, your matter will continue to go ahead based on the current legislation and won’t be affected by the reforms.

Getting all the details and filling out a divorce application can take time, we’d recommend if you haven’t yet started your application to consider waiting until the 6th April to begin the process on the new system, especially if you would have to file based on unreasonable behaviour or adultery grounds and think it will cause increased acrimony, as this could be avoided by waiting a few weeks.

Urgent applications will still be considered after the deadline on the 31st March until 4pm on 5 April before the new system launches, however, these are only accepted when the issue of a divorce petition is necessary due to time-sensitive issues relating to jurisdiction, or a freezing injunction (otherwise known as an asset freezing order), is needed.

If you need further advice on a divorce matter or assistance with your application, contact our specialist family law team. 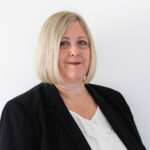