End to The Blame Game on Divorce 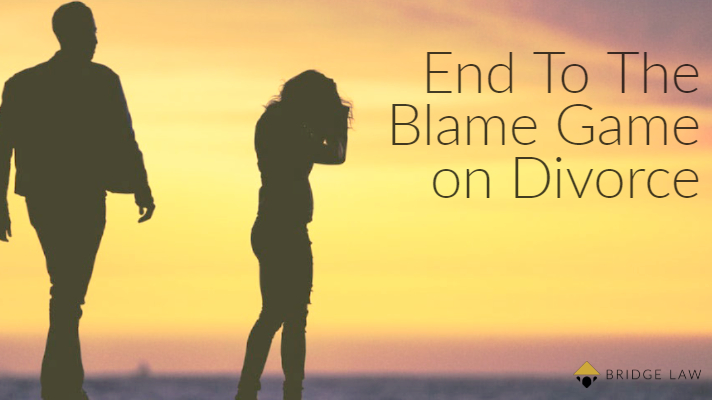 On the 9th April 2019, the UK Government announced that they are to introduce new laws which will mean that couples will in future be able to divorce without having to blame the other party which is currently the position. There will still be a delay in these laws been introduced but this announcement is seen as very positive by those involved in Family Law.

At present, unless parties wish to wait at least 2 years, one has to blame the other for the breakdown of the relationship due to generally, unreasonable behaviour or adultery. This only serves to increase acrimony between the parties rather than allowing them to concentrate on resolving children and financial matters to allow the parties and the children of the family to move on with their lives.

In 2016, 60% of divorces in England and Wales were granted on adultery or behaviour grounds.

Divorce is never easy and having to blame the other party increases conflict and is unhelpful. It is hoped that whilst this announcement has been made that there will be no long-term delay in implementation of the changes.

Those working in Family Law who are members of Resolution support the changes. 67% say the current law makes it harder for separated parents to reach agreements.

The proposed changes will allow parties to divorce on the basis that the parties will simply need to state that the marriage has irretrievably broken down.

There will still be a minimum 6 months’ time frame to avoid parties rushing into a decision but no requirement to blame the other party and prove adultery or unreasonable behaviour.

The timescale for introduction of this new law is as yet unknown so, it is a case of watch this space but definitely a big step in the right direction.

If you need further advice on divorce, please do not hesitate to contact our family law team on 01484 442 700 or info@bridgelawsolicitors.co.uk.